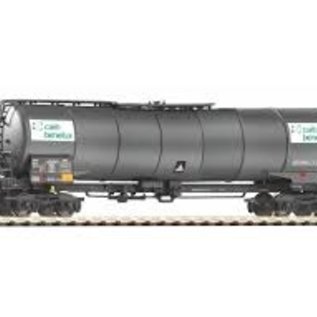 Pressure variant of the funnel flow tanker "CAIB" of the Epoch 5 period. Beginning of the nineties these first wagons with funnel flow were built, where both tank halves were tilted 3 degrees, enabling an easy unloading of the mainly oil based liquids it transports. As these lightly built tankers are capable of high speed travel, these were purchased by several (private) european companies.